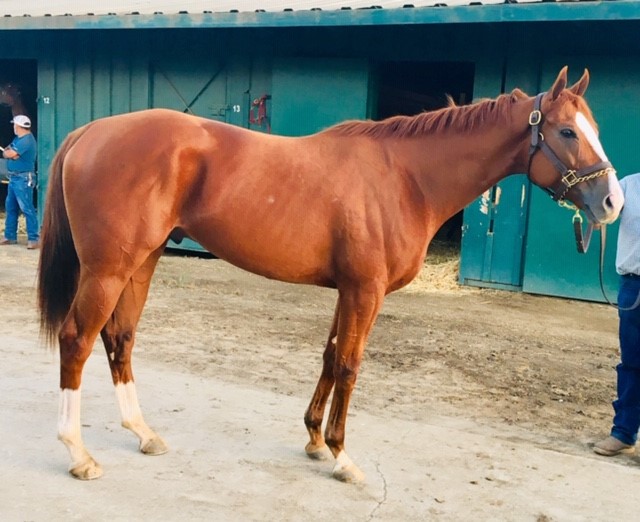 Fashionably Fast after his win in the Harris Farms Stakes.

Coalinga CA (February 23, 2020) – Fashionably Fast will step up in trip when making his next start on March 1 in the $100,000 Tiznow Stakes, for California-breds going one mile at Santa Anita Park. The Lucky Pulpit gelding is currently on a five race win streak at sprint distances, which began with consecutive allowance victories over the summer at Del Mar. He stepped back into stakes competition, taking the six furlong Harris Farms Stakes at the Fresno Fair. He finished his 4-year-old season with a return to Del Mar, and a win in the seven furlong Cary Grant Stakes.

He started his 5-year-old season with a victory in the California Cup Sprint Stakes over six furlongs at Santa Anita on January 18. His lifetime record is now 15-6-3-2 and he has earned $389,745 for the partnership of Harris Farms, Per Antonsen, and John Nicoletti. He is trained by Dean Pederson.