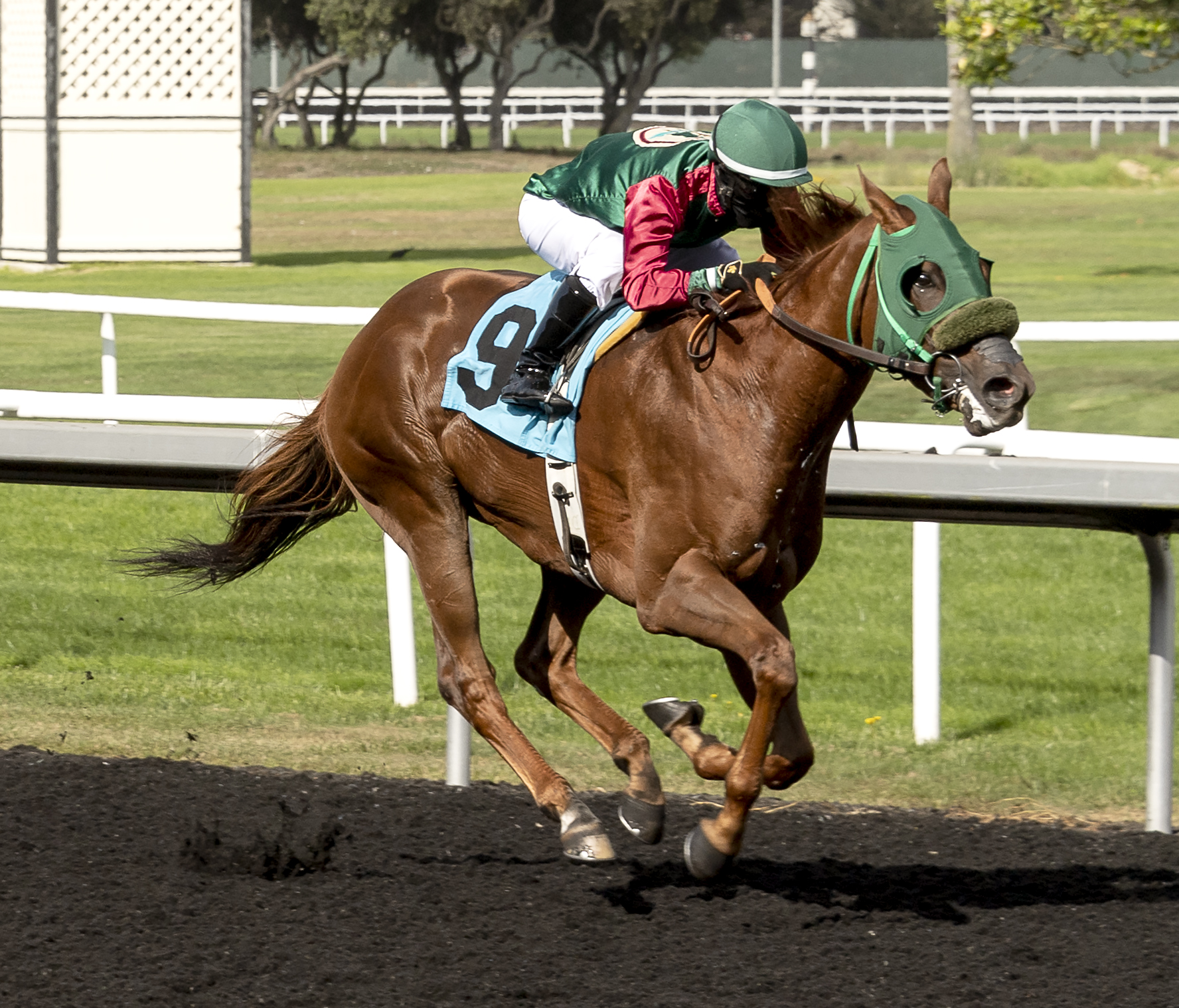 Albany, CA (September 18, 2020) – Slam Dunk Sermon earned the fourth victory of his first season of racing with a decisive performance in the 6th race at Golden Gate Fields going six furlongs over the all weather.

The 3-year-old son of Rousing Sermon has moved up the ladder steadily in his eight career starts this season. He began in maiden claiming company, moved through the starter allowance ranks and today, he lined up against six other allowance/optional opponents. Slam Dunk Sermon was the outside speed and sharply away. He engaged in a battle for the lead through fractions of 22.55 and 45.17. He put away the others with an 11.17 fifth furlong and came home stopping the timer in 1:09.22. He was two and one-halflengths clear of the second place finisher.

Slam Dunk Sermon is a homebred racing for longtime Harris Farms clients Mr. & Mrs. Larry D. Williams, who bred and raced both his sire and his dam, the winning Grand Slam mare, Royal Grand Slam. He is trained by Steven Specht.