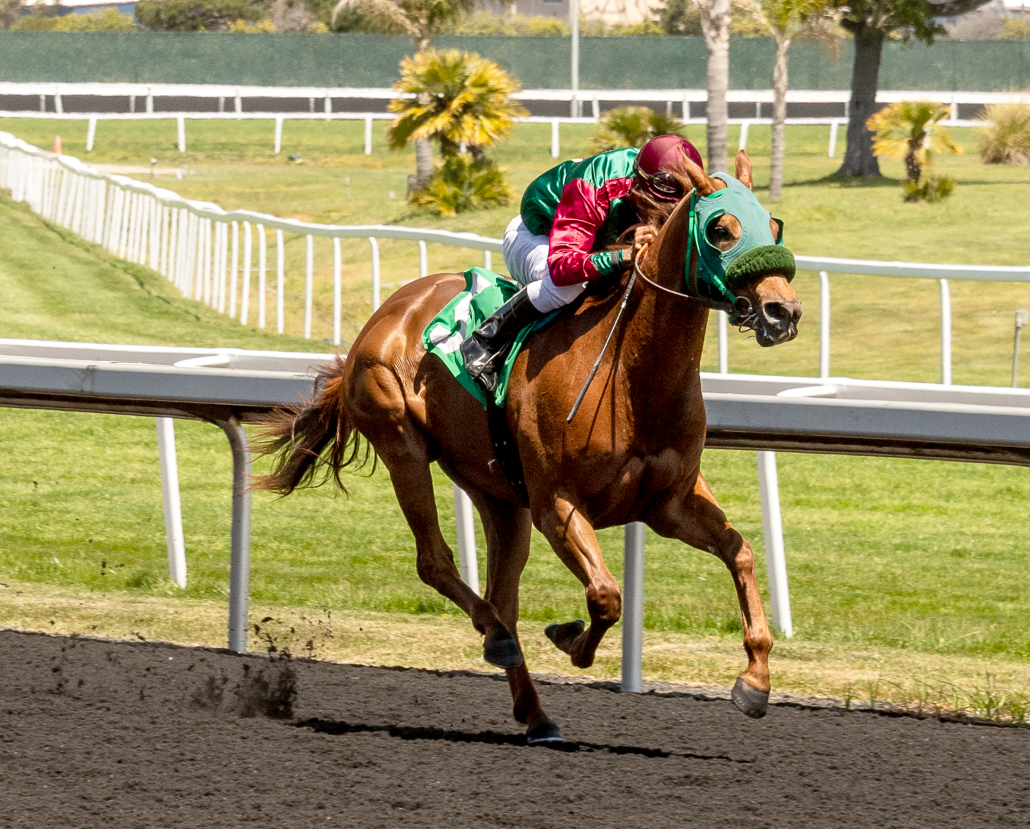 Albany, CA (May 7, 2022) – It was a one-two finish for Harris Farms’ stallions Rousing Sermon and Tamarando as their 2-year-olds Rousing Jewel and Passarando filled the exacta in opener on the card at Golden Gate Fields.

Making their respective career debuts, both runners came from the barn of Steven Specht and carried the colors of their breeder, Mr. and Mrs. Larry D. Williams. Rousing Jewel was one of two fillies in the four and one-half furlong maiden special weight. She dashed away from the gate and quickly opened up a two length lead. She added another length to that lead through the stretch in a very flashy debut. She stopped the timer in 51.92, which is .60 off the track record.

Rousing Jewel was produced by the winning Distorted Humor mare, Ribbon of Jewels.