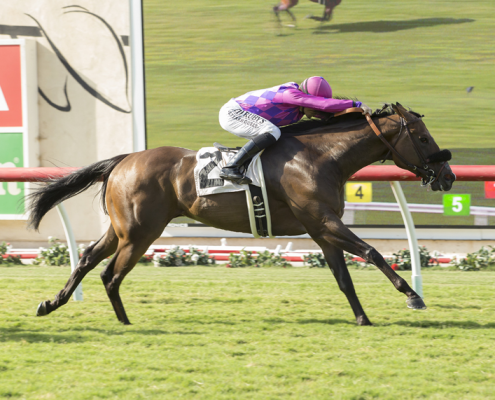 From DMTC.com
Del Mar (August 4, 2017)-Fanticola and Scardino’s Long Hot Summer rallied to the lead along the rail in the upper stretch under jockey Joe Talamo and went on to record a one-length triumph in the featured $93,800 Daisycutter Handicap Friday at Del Mar.

Long Hot Summer was bred by Harris Farms & Donald Valpredo, she’s a five-year-old daughter of Street Boss and was third, beaten a half-length, in the 2016 renewal of the Daisycutter to So Sweetitiz, but was able to get the job done in convincing style Friday.

Watch This Cat, the even-money favorite piloted by Rafael Bejarano, shaded Bad Ju Ju by a neck for the runner-up spot, with Anita Partner another length and one-quarter away in fourth. Longshot Woodacouldadid was fifth and last. Pre-race favorite Desert Steel was withdrawn Friday morning.