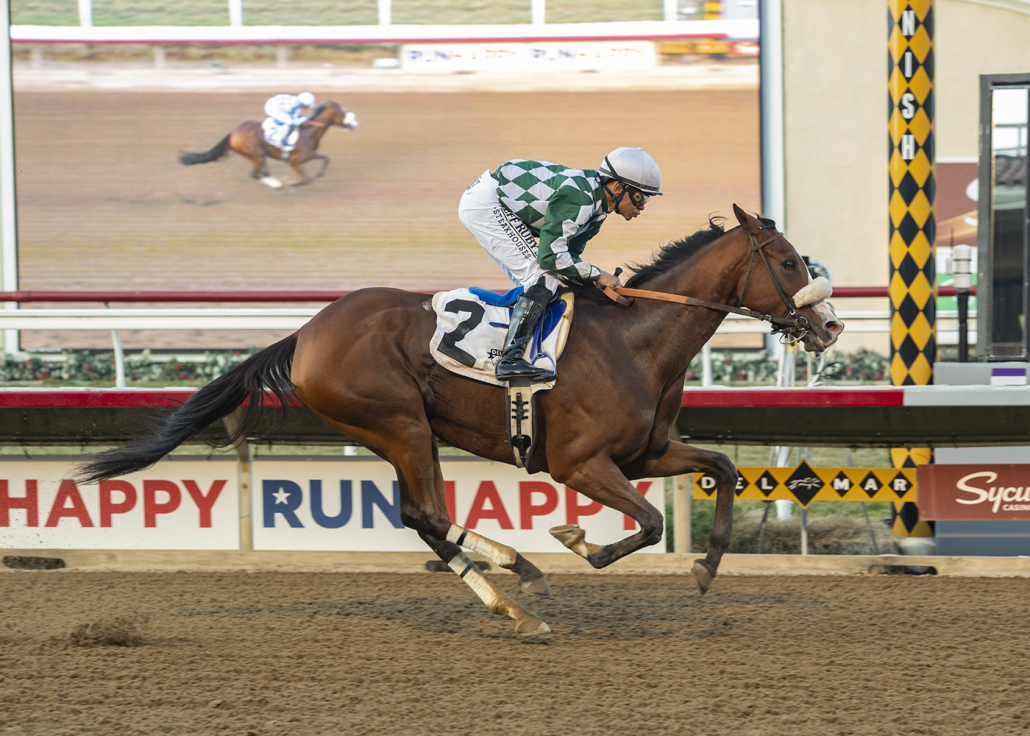 Courtesy of Del Mar Thoroughbred Club (November 19, 2021) – Bell and Brewster’s Kristi’s Tiger, responding promptly to the cues of Hall of Fame jockey Mike Smith, went widest and fastest of all through the lane and rung up and easy victory Friday in the $73,500 allowance feature at Del Mar.

The 4-year-old filly by Smiling Tiger was well back in the field of seven down the backside, but then took the sixth path turning for home and scampered away to a five and a quarter-length victory after covering the six and one-half furlongs in 1:17.34.

The winner was capturing the fifth race of her career and the $43,200 winner’s share of the purse lifted her earnings ledger to $232,900. She is trained by co-owner T.R. Bell II, who races the filly with Clark Brewster. She was bred by Premier Thoroughbred and Alan Klein and is out of the Indian Charlie mare, Lottawampum.