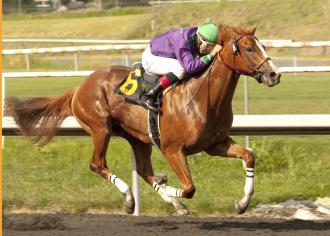 By Steve Andersen DRF
California Chrome will be a California-bred 2-year-old colt to follow this summer.

Sherman said Sunday that California Chrome is likely to skip the $100,000 Willard Proctor Memorial Stakes over 5 1/2 furlongs June 15 in favor of the $150,000 Hollywood Juvenile Championship on July 13.

“I think the farther he goes, the better,” Sherman said. “He came out of his race in good shape.”