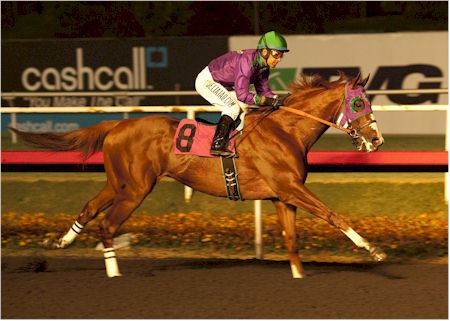 “Victor said he was just cruising,” winning trainer Art Sherman said. “He said, ‘Please put me on more of those.’ ”

Sherman was impressed with Espinoza’s ride. “He gave this horse a good ride,” Sherman said. “He kept him on the outside all the way.”

Life Is a Joy closed from seventh to finish second, a half-length in front of Pray Hard. Better Bet was fourth, followed by Convoy, Aotearoa, Tizouttasight, Alpine Luck, Ghost of Harrenhal, and Smoove It.

“He’s growing, and he’s definitely maturing,” Sherman said. “He’s had some rough trips and a few issues in some of his races.”