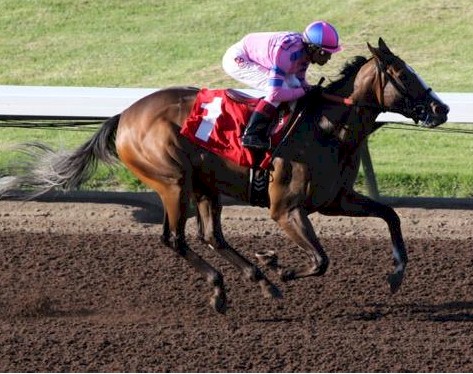 Scoring over a field of maiden Cal-bred fillies the Unusual Heat out of Hotlantic (Stormy Atlantic) ran the five and a half furlongs in 1:03.15.

Selling at the Barretts October 2014 yearling sale for $175,000 to Joe Ciaglia (Ciaglia Racing LLC) and trainer Peter Eurton, Pacific Heat is a half-sister to the stakes winning Long Hot Summer ($228,870).