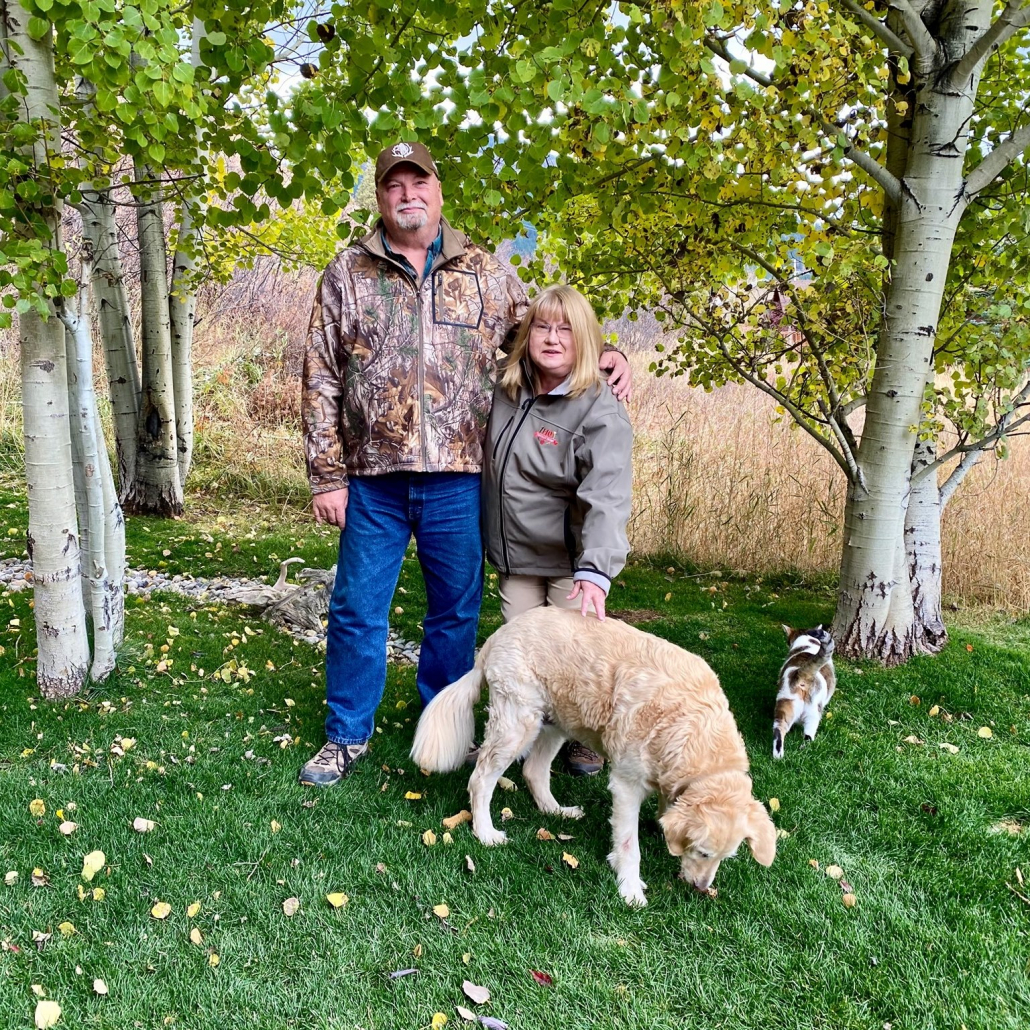 Alpine, Wyoming (June 15, 2021) — It is with great sadness that Martin Racing announces the passing of Denise Martin, the co-founder, and heart, of Martin Racing, a Thoroughbred and Standardbred breeding and racing organization based in Alpine, Wyoming, with global equine holdings. The accomplished chemist, business leader, horse owner and mother to two died on June 14 at 61.

With her husband and co-founder, Perry, serving as the public voice and operations manager for Martin Racing, Denise took on the critical role of managing all communications and behind-the-scenes business needs for the small, family-owned organization, which was founded in 2016.

The Martins were thrust into worldwide fame in 2014, when their wildly popular and charismatic colt California Chrome won the Kentucky Derby (G1) and the first of his two Eclipse Award titles as North America’s Horse of the Year. The California-bred superstar, whom the Martins co-bred and initially raced in partnership with another couple under the stable name Dumb Ass Partners, also won the 2016 Dubai World Cup (G1) and eight additional graded stakes races before he retired in 2017 with earnings of $14,752,650 — a North American record at the time.

“Denise greatly enjoyed interacting with racing fans, whether she communicated with them in person or through California Chrome’s official social media channels,” said Perry Martin. “She also was solely responsible for all of Martin Racing’s charitable giving endeavors.”

A trained chemist and California State University graduate, Denise was CEO of Martin Testing Labs in Sacramento, California, from its creation in 2000 to its sale in June 2020. She previously worked for the United States Air Force as a civilian employee at McClellan Air Force Base.

In semi-retirement, the Chicago native served her adopted Wyoming community on the North Alpine Water District Board of Directors. She also recently began taking online university courses on Astronomy, and was building a telescope to view the clear Wyoming night sky.

Denise is survived by her loving husband of 35 years, Perry, her daughter Kelly Martin, her son Perry Martin Jr., her brothers Andrew Brudniak and Richard Brudniak, her Golden Retriever Tizzy, 76 Thoroughbred horses and seven Standardbred horses. She was loved by all of them.