The Del Mar season is always a highlight of the year and we’re excited to have some top horses running where the turf meets the surf.

We have several good prospects this year, particularly 3-year-old fillies, so we put together a Harris Farms Girls of Summer to show off the many 3-year-old fillies slated to compete soon. Take a look at these and pick who you like best.-John Harris

Click here for a look at our entire brochure

Additional Harris horses likely to run at Del Mar include 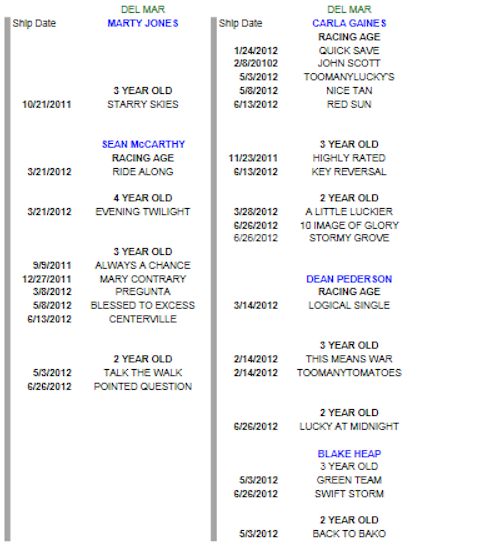