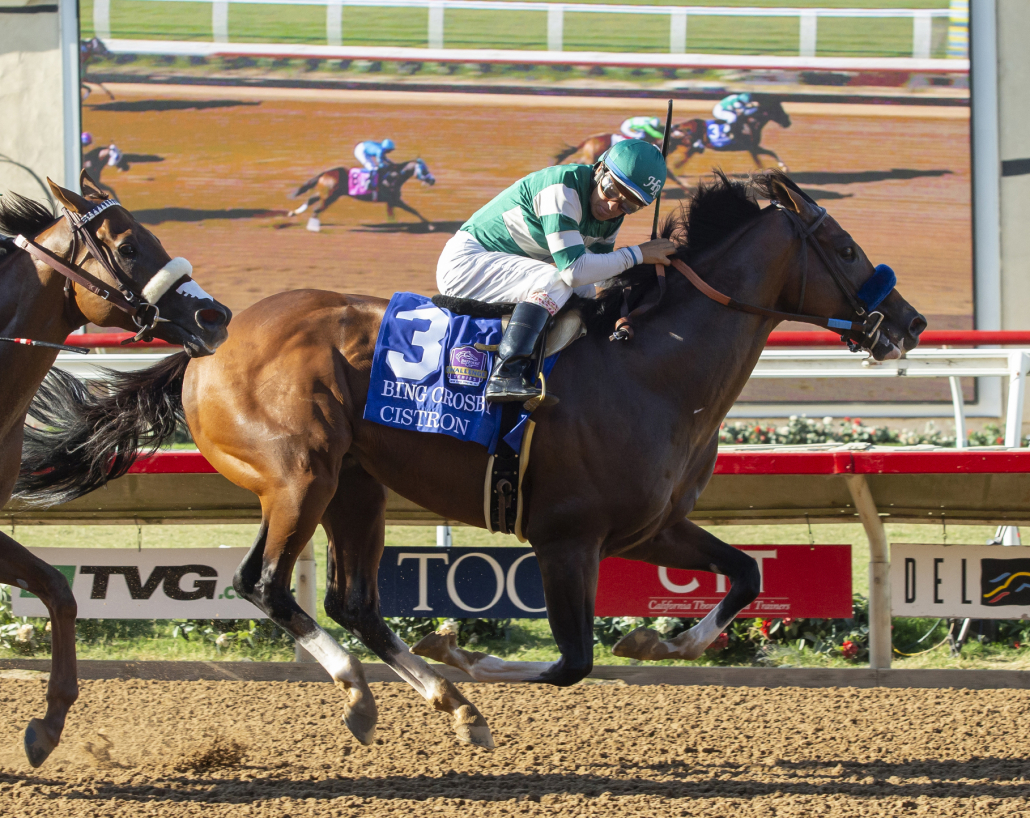 Coalinga, Ca (September 7, 2021) – Hronis Racing’s Cistron, a grade I winner of $768,719, has been retired from racing and will enter stud next year at John Harris’ Harris Farms outside Coalinga, Ca.

The versatile multiple graded stakes winner won or placed in 13 black-type events from 5 1⁄2 furlongs to 1 1/16 miles on dirt and turf including victories in the Bing Crosby Stakes (G1) at Del Mar, the Kona Gold Stakes (G2) and San Simeon Stakes (G3T) at Santa Anita and the Northern Spur Stakes at Oaklawn Park.

Cistron is now available for inspection at the farm. A stud fee will be announced later this fall.