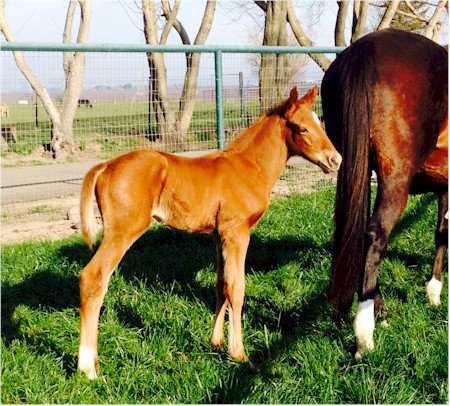 Foaled on January 29th the colt was bred by Phil Lebherz and was dropped at Premier Thoroughbreds, LLC in Oakdale, CA.

Smiling Tiger will stand for $5,000 live foal at Harris Farms.