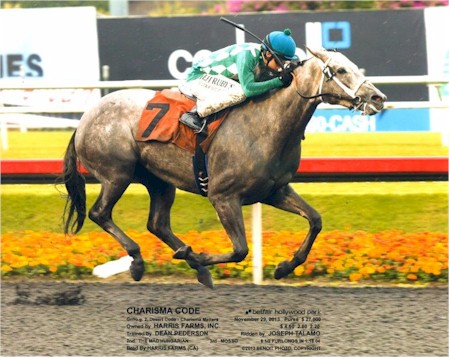 Charisma Code became the third winner for first crop sire Desert Code in his seventh start. In his debut he was second to eventual stakes winner California Chrome and followed that up with a pair of thirds, over the next few starts, before breaking through on the 29th of November.

Out of the Charismatic broodmare Charisma Matters, this juvenile gelding now has earned $41,790 in his career.

Desert Code is now the sire of four winners from ten starters in his first crop. Desert Code is a millionaire Breeders’ Cup winner and stands for $2,000 live foal.