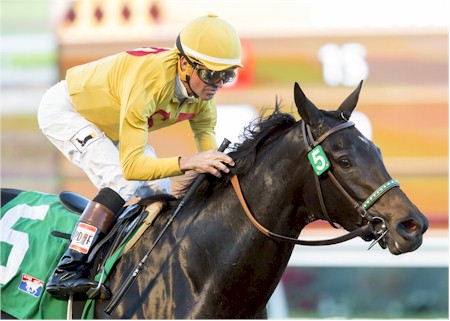 With Kent Desormeaux in the saddle, Chao Chom dueled with Enola Gray until mid- stretch where she asserted herself over the betting choice and drew away to score by a length and three-quarters in 1:22.53 for the seven furlongs.

Enola Gray, piloted by Tyler Baze and a winner of five of six starts prior to Sunday, was two and three-quarter lengths in front of the third horse, Cuddle Alert, with Barbara Beatrice fourth in the field of six.