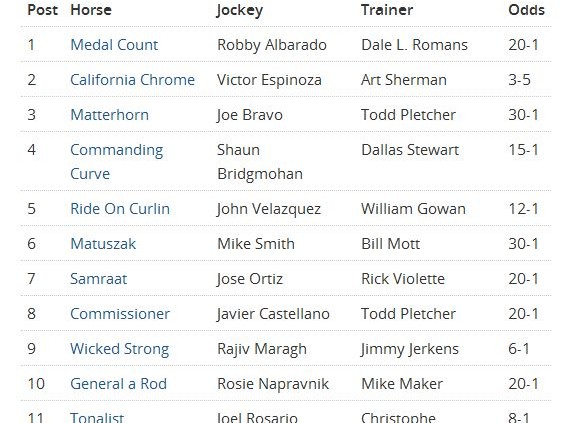 California Chrome, a California-bred son of Lucky Pulpit trained by 77-year-old Art Sherman for Steven Coburn and Perry Martin is seeking to become the 12th horse in history to win the three American spring classics—Kentucky Derby Presented by Yum! Brands (gr. I), Preakness Stakes (gr. I), and Belmont—and the first to complete the sweep since Affirmed in 1978.

Chrome’s Preakness victory May 17 was the colt’s sixth consecutive win, a streak that began with the King Glorious Stakes at Betfair Hollywood Park last December. In addition to that race, the Derby, and Preakness, California Chrome won the California Cup Derby, the San Felipe Stakes (gr. II), and Santa Anita Derby (gr. I).

With eight wins and a second-place finish in 12 starts, California Chrome has earned $3,452,650, a healthy return on Lucky Pulpit‘s $2,500 fee when Coburn and Martin sent their mare Love the Chase (by Not for Love) to the Harris Farm stallion. 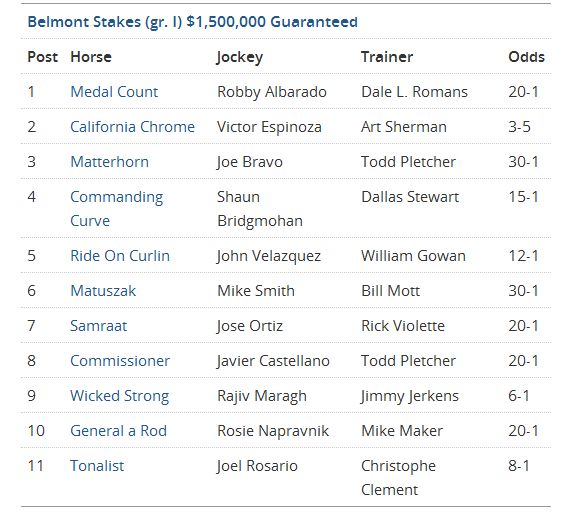